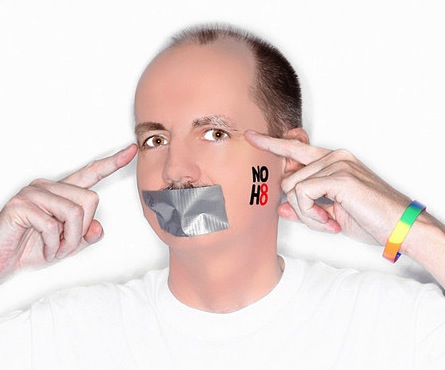 On July 13, the NOH8 Campaign brought photographer Adam Bouska to Fresno for it’s 99th open photo shoot.  Over 500 people from around the area attended, and had pictures taken to show support.  The photos were released online early this morning, and local Facebook pages will be adorned with them today.

I think mine captures the thought “I see what you’re trying to do, and despite your attempts to silence me, I won’t be!”

The NOH8 campaign has had it’s open shoots across the US, Canada, and in the UK.  It’s truly an international response to it’s initial cause, fighting California’s Proposition 8, to today’s mission of fighting for equal rights.