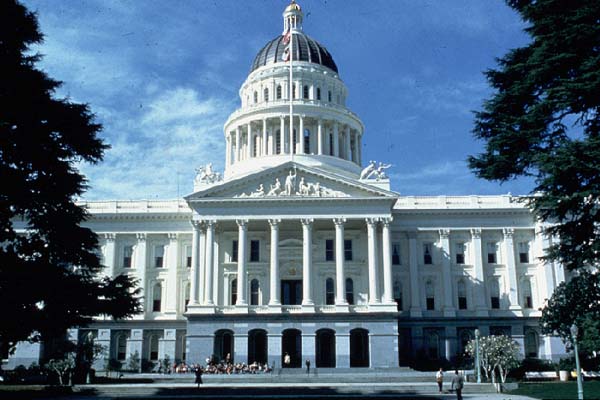 On August 28th, I posted the blog “California legislature passes bill banning “gay panic” defense, area Senator and Assemblywoman both vote NO.” In it, I say I was looking forward to hearing from Senator Jean Fuller and Assemblywoman Connie Conway and receiving an explanation for their NO votes on the bill. As of September 26, I had still not heard from either. On September 28, I posted Governor Brown signs AB 2501, banning “gay panic” defense. I once again directed inquiries to their official government websites, as I had done on the 28th of August.  On Saturday, October 25th, I received a letter from Senator Fuller (after several Facebook and Twitter inquiries directed at both parties).

(PDF of the entire letter)

“It is my feeling that AB 2501 will unnecessarily undermine a core legal principle of murder and manslaughter without any promise of increasing public safety.”

The only conclusion I can draw is that Senator Fuller believes “gay (or trans) panic” is a reasonable reaction to a non-violent sexual advance, and that a homicide charge could therefore justifiably be reduced to manslaughter.  This is simply not acceptable.

“Already the California Penal Code and California Criminal Jury Instructions direct the jury to arrive at a just conclusion.  As a result, in California, the “panic defense” this bill intends to outlaw has never been used successfully.”

I’m afraid I don’t fully trust juries to arrive at a “just conclusion” when faced with some crimes.  Too many people have been exonerated, by DNA or other evidence, of capital and life-in-prison crimes after being convicted by a jury.  To risk justice to a court and jury whose prejudices against the LGBT community could easily outweigh a “just conclusion” would deny the victim the full expression of the law.  I also don’t trust that just because the “gay panic” defense has not been successfully used overtly in the past that it therefore never will.

“Additionally, it is unclear that this defense would be inadmissible in murder cases even with these changes.”

I’m not sure I understand this one at all.  A state law, it would seem to me, would have to be overturned by the courts as unconstitutional if it were unacceptable.  Some evidence is already prohibited in court actions by state law, and to exclude a claim of a panic defense to a non-violent sexual advance from a member of the same gender is entirely within the purview of the legislature.  (The state is saying with this law that it is not reasonable to respond in a deadly manner to a non-violent sexual advance.  Women have to deal with this all the time.  Can you imagine if they reacted with deadly violence to even some of the unwanted sexual advances they deal with on a regular basis? The streets would be littered with the bodies of heterosexual men.)

There’s an interesting paper about the “gay panic” defense in which the author (Cynthia Lee, The Gay Panic Defense, 42 U.C. Davis L. Rev. 471 (2008)) argues against banning the strategy as a matter of law.  Although the author makes interesting observations, and presents what seems a reasonable framework for her position, I can’t fully agree with her.  The gist of her argument is that allowing the use of the panic defense would require the idea that the defendant was reasonable in their reaction to the non-violent sexual advance to be fully vetted in court, and exposed as unjustifiable.  Her claim is that by banning the defense, the justification is never examined directly, but the prejudices that might permit it instead operate at the sub-conscious level.  While there may be some justification in this assumption, I’m not convinced allowing the defense to claim “gay panic” is in the best interests of society, or the victim.

The paper was developed over several years, and published in 2008, during California’s Proposition 8 controversy.  The dramatic changes in public perception of the LGBT community, as well as Federal Courts across the country finding no basis for bans based on sexual orientation, brings us to today’s world where we’ve come so far as to recognize that deadly violence in reaction to a non-violent sexual advance is a non-starter as a defense against homicide charges.  The state legislature and the Governor were right to pass and sign this bill, and those (all Republicans) who voted against it are wrong.

Watching elected GOP officials across the country react to court cases involving the LGBT community this past decade leaves me doubting anything but animus towards us on their part. Political posturing for base constituencies, rather than any principled stands are the actions we’ve seen from most.  (a few have recently came around, but most not until they saw the writing on the political walls. Anti-gay positions are a long-term losing proposition. Some of them have figured that out.)

I hope to hear from Assemblywoman Conway regarding her NO vote on AB 2501.  So far, silence.  My thanks to Senator Fuller for (finally) responding.  While I don’t agree with her reasoning or her vote, I do appreciate the letter.