Get ready.  If a recently filed proposition makes it onto the California ballot, and is passed by the voters, you might find yourself having to prove you have the legal right to use the toilet.

Hibbs is pastor at the fundamentalist Calvary Baptist Church in Chino, California.  He is staunchly against transgender (not to mention LGB, as well) rights.  Gleason is the director of the Watchmen Ministry, another right-wing organization.  Both have fought laws to protect transgender individuals.

The proposed law would require persons use the restroom facilities labeled with the user’s “biological sex”.  There is a minimum $4,000 fine, plus attorney’s fees, if convicted, for violations.

In the past ten years, or so, positive changes in the laws regarding marriage equality (and overall LGBTQ civil rights) have spread like wildfire across the country.  Next week, the SCOTUS (Supreme Court of the United States) will hear oral arguments that many expect will result in “gay marriage” bans being ruled unconstitutional across the nation.  The anti-gay forces, especially in filings with SCOTUS on the current case, have become shrill and somewhat deranged in their last-gasp battles against an inevitable outcome.  Many have already shifted their culture-war battle-front (since they always need an enemy at the gates) to the transgender community.

The biggest concern seems to be that 14 and 15 year old boys will dress as girls, claim to be transwomen, and go into the women’s bathroom to watch girls “do their business”.  The anti-trans contingent also seems to worry that grown men will do the same, and somehow harass or assault women.  They are remarkably silent about transmen using the men’s toilet.  They must believe women are victims, and men are oblivious.

Maybe times have changed.  It’s been a long time since I was in high school here in Visalia, but I don’t recall any guys in my school who would have gone to the trouble of dressing up in girls clothing, announcing they’re really women, and sauntering into the ladies room to catch a glimpse.  Assuming the stalls don’t have doors on them (most high school mens’s rooms didn’t when I had occasion to use them, back in the dark ages), that is.  Stall doors would defeat their clever schemes, wouldn’t they?

The anti-LGBT (the T stands for transgender, the targets of this proposal) crowd lied about Proposition 8, they lie about the gay community targeting and “recruiting” children, lie about our sex lives, our life expectancy, our relationships, and, the greatest lie of all, that we somehow chose to be gay.   Now, they’re lying about transgender people, and are trying to prevent them going to the toilet.

I doubt this filing will gather the needed signatures to put it on the ballot, but if it does, I hope California doesn’t again fall victim to the liars and haters like it did for Proposition 8.

Nobody needs to walk up to the toilet, and be told “papers, please”. 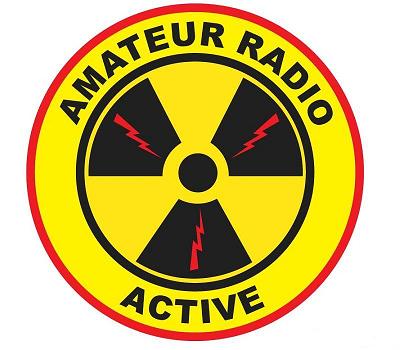 This weekend will see the 66th International DX Convention come to Visalia, where hundreds, perhaps thousands, of HAM radio operators from around the world will “invade” the Visalia Convention Center.

Each year, the Northern California DX Club (this year’s host) and the Southern California DX Club alternate hosting the internationally known convention, drawing interested parties from around the world.  The three-day convention, held in Visalia since 1978,  has events for all the myriad aspects of Amateur Radio, from seminars on “DX-peditions” (traveling and setting up radio stations in remote locations, from tropical islands to Antarctica) and how to operate a radio station in a safe and neighbor-friendly manner, to updates in technology and operating procedures.  Manufacturers and organizations set up tables and booths in the Convention Center to hawk their wares, from local US Tower, to international giants Icom and Yaesu.

Locals may notice an influx of strange looking cars, trucks, and vans, sporting an impressive array of antennas, radio gear, and unusual license plates.  Don’t worry, they’re just here to have a great weekend, enjoying Visalia’s hospitality while they attend the convention and visit local restaurants and hotels.

Welcome to the attendees of the 66th International DX Convention.  Enjoy your visit in Visalia. 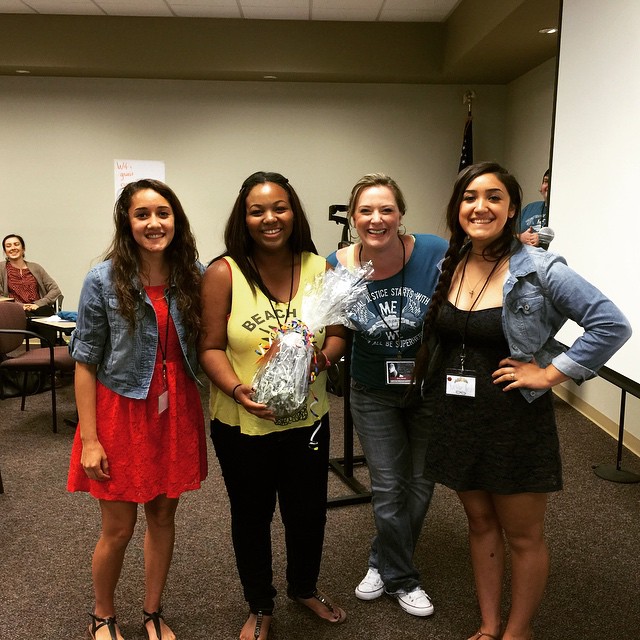 ACT for Women & Girls will be the featured speaker(s) at the April meeting of the Tulare-Kings Counties PFLAG chapter.   They will discuss the Female Leadership Academy and their other programs to support young women in the region.

ACT for Women and Girls is a non-profit 501(c)3 organization committed to eradicating the oppression that lies deep in the roots of Tulare County and its surrounding Central Valley region. They empower women to be leaders and raise their voices to be heard in ways that impact our society.

The April meeting will be held at the Educational and Cultural Center, Congregation B’nai David, 1039 S. Chinowth,Visalia, CA 93277, on Sunday the 19th (third Sunday of each month), 3 – 5 pm.

PFLAG provides a safe and confidential space place to talk about sexual orientation and gender identity, and works to build a society that is healthy and respectful of human diversity.

There is no cost to attend, and membership is optional.

PFLAG Tulare and Kings Counties is a non-profit organization with 501(c)(3) status.

Two states, California and New Jersey, and Washington, District of Columbia, have enacted legislation banning so-called “gay conversion therapy” for anyone under the age of 18.  The White House recently responded to the “Enact Leelah’s Law to Ban All LGBTQ+ Conversion Therapy” petition, which garnered 120,958 signatures, clearing the 100,00 in 30 days requirement.

“Tonight, somewhere in America, a young person, let’s say a young man, will struggle to fall to sleep, wrestling alone with a secret he’s held as long as he can remember. Soon, perhaps, he will decide it’s time to let that secret out. What happens next depends on him, his family, as well as his friends and his teachers and his community. But it also depends on us — on the kind of society we engender, the kind of future we build.”

Conversion therapy generally refers to any practices by mental health providers that seek to change an individual’s sexual orientation or gender identity.[1] Often, this practice is used on minors, who lack the legal authority to make their own medical and mental health decisions. We share your concern about its potentially devastating effects on the lives of transgender as well as gay, lesbian, bisexual, and queer youth.

When assessing the validity of conversion therapy, or other practices that seek to change an individual’s gender identity or sexual orientation, it is as imperative to seek guidance from certified medical experts. The overwhelming scientific evidence demonstrates that conversion therapy, especially when it is practiced on young people, is neither medically nor ethically appropriate and can cause substantial harm.

As part of our dedication to protecting America’s youth, this Administration supports efforts to ban the use of conversion therapy for minors.

Colorado, Hawaii, Maryland, and Virginia recently defeated similar bills, leaving it possible for parents to force a minor into therapy that professional medical associations have declared “neither medically nor ethically appropriate” and which “can cause substantial harm”.

Arizona, Connecticut, Massachusetts, Minnesota, Ohio, Florida, Pennsylvania, Vermont, Illinois, Iowa, Nevada, New York, Oregon, Rhode Island, and Texas all have bills pending to ban the practice.  Many are bottled up in committee or by other parliamentary procedures, and are in various stages of the legislative process.  In most places, Republican lawmakers are solidly against the bans, while Democrats tend to support them.

Throughout the United States, it is still perfectly legal for an adult who wishes to attempt “conversion” to undergo therapy, assuming he can find a licensed (or one of the many religiously based, non-licensed) practitioner(s) willing to take his money and ignore the consensus of the medical establishment.  Many former “ex-gays” are now admitting change never happened for them, even after attending conversion therapy programs, some lasting years.  Those that ran those programs are also admitting they were ineffective, and have closed.  (I’m using male pronouns because most “conversion therapy” has been directed at men.  The only reason I can come up with as to why that is so is that women are generally too smart to fall for such nonsense.)

President Obama has been a leader in LGBTQ politics, even if the community (and his Vice-President) has had to prod him from time to time.  We have seen rapid gains in the struggle since his comments supporting marriage equality, and perhaps we’ll see similar advancements in the “conversion” issue with this action.