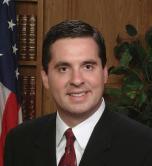 Devin Nunes, joined by the Republican members of the House Permanent Select Committee on Intelligence, has just granted you *CLASSIFIED* security clearance.

Within the next five days, you’ll get to see a classified memo, authored by Nunes and GOP committee staff, that not even the Department of Justice or the FBI has seen.

The DOJ says this release is “extraordinarily reckless”. If you’ll recall, the right wing media echo chamber, led by Fox “News”, went ballistic when then-director of the FBI, James Comey, said Hillary Clinton was “extremely careless” with classified information. This news cycle, however, they’ve been breathless with #releasethememo. How times change.

During the hearing where the HPSCI voted to release the Nunes memo, they also voted to prevent the release of a rebuttal memo. Prepared by the Democratic minority on the committee, it would shine further light on the veracity of the information Nunes wants you to see, and most likely on things he does not want made public. Both votes were strictly along party lines.

Pundits are chattering that the memo will be used in an attempt to fire Deputy Attorney General Rod Rosenstein and replace him with someone more amenable to PresidentTrump. That person could then end the Mueller investigation, and/or fire Mueller.

The investigation has already snared several people involved in the Trump campaign, and promises to reach all the way up to the President. It’s no wonder Trump and his minions, especially Devin Nunes, are working so tirelessly to bring it to an end. They know what the truth is, and they really, *really* don’t want you to know.

Regardless of how the investigation ends, I’m going to make the best of my new *CLASSIFIED* clearance. After all, there’s got to be some interesting stuff out at Area 51.

The truth is out there. 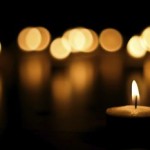 In 2016, there were 28 homicides of LGBTQ individuals in the United States (excluding the mass shooting event where 49 died at Orlando’s Pulse nightclub). In 2017, that number nearly doubled, to 52. Since 1996, the National Coalition of Anti-Violence Programs (NCAVP) has produced annual reports on the violence experienced by the lesbian, gay, bisexual, transgender, queer, and HIV-affected communities.

In 2017, according to the report, 22 of the victims were transgender women of color. Each of the past 5 years has seen a steady rise in the number of these killings. World wide, over 270 transgender individuals were killed in 2017.

Five states accounted for over half of the homicides in the United States. Texas reported 7, New York 6, Georgia 5, and 4 each in Louisiana and Florida.

“We are releasing this report during a time when our communities are
witnessing the few civil rights protections and policies being rolled back
and discrimination being instituted into law; when media organizations and
organizations working with survivors are receiving an unprecedented number of
stories of hate fueled attacks.
While much of this violence is not new, but rather amplified, this past year has
sparked a national conversation about the escalation of hate violence against
so many marginalized communities. NCAVP hopes that sharing this information
now will encourage people to reject anti-LGBTQ bias whenever it occurs, and to
resist any hateful rhetoric or policies put forward by this administration or by
legislators.”

Much progress has been made in the arena of civil rights since Matthew Shepard’s 1998 murder in Laramie, Wyoming. Violence, including homicide, is still a fact of life for many, however. Some states have introduced or passed legislation to allow discrimination against LGBTQ individuals based on supposed “sincerely held religious beliefs”. The Trump administration has signaled it’s support for these attacks on the civil rights of Americans. (one wonders how those who propose and support these kind of laws will respond when some cult claims a religious exemption from homicide laws after they sacrifice a virgin to their “god”)

Elections have consequences, and those of 2016 were no exception. The dramatic jump in violence committed against the LGBTQ community since is one of those consequences. The roaches that had previously remained hidden under their rocks have felt emboldened to act. Unfortunately, we can’t count on this President or his administration to take action to curb the violence.

We’ve made a lot of progress recently. It’s clear, however, that we cannot rest or relent in our efforts to secure our rights and safety. Fifty two people in the United States were murdered last year, simply because they were LGBTQ. This spike in violence, hard on the heels of the election of Donald Trump, must not be allowed to continue. It will take the attention and efforts of all of us to make 2017 an aberration that does not happen again.

Locally, resources are available to the LGBTQ community. The Source LGBT+ Center can provide information and referrals. The drop-in center is available Tuesday through Friday 3pm to 6pm at 208 W. Main St., Suite B (downstairs in the Montgomery Square building). Their Facebook page is here (https://www.facebook.com/thesourcelgbt/). Their website is here (http://thesourcelgbt.org). Their phone number is 559-429-4277. 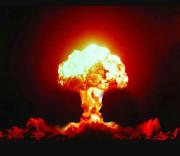 “North Korean Leader Kim Jong Un just stated that the “Nuclear Button is on his desk at all times.” Will someone from his depleted and food starved regime please inform him that I too have a Nuclear Button, but it is a much bigger & more powerful one than his, and my Button works!” – The President of the United States, January 2, 2018, via Twitter.

I hope you are all ready for nuclear Armageddon. Trump is further goading a belligerent despot, not known for rationality. (neither is Trump, for that matter)

I never thought I would be hoping that the cooler heads in a situation like this would be in North Korea or China.

“Mine is bigger than yours!” Sounds like a middle school bully, trying to impress the other kids on the school yard.

And the GOP just keeps clapping.