Saturday, December 1, 2018, will mark the 30th anniversary of the observance of World AIDS Day. Started in 1988, WAD is an international observance dedicated to raising the awareness of the AIDS pandemic caused by the spread of HIV infection, and mourning those who have died of the disease.

Once a fatal diagnosis, there are now treatments which do not cure, but halt the progression of AIDS. Infected individuals can, with treatment, live normal, healthy lives. When treatment results in undetectable levels of HIV in an infected person, transmission of the virus to another person is considered not possible. “Undetectable=Untransmittable”

Along with safer sex practices, there is now a medical treatment to prevent an uninfected person from becoming infected with HIV. Called PrEP, it is medication that can block infection when taken as directed.

For current information locally, and referral to sources of treatment, prevention, and support, contact The Source LGBT+ Center on the web, or on  Facebook. Office hours at the drop in center are Tuesday through Friday, 3 pm till 6 pm. The center is located at 208 W. Main St, Suite B, Visalia. (downstairs in the Montgomery Square)  559-429-4277

The President of the United States:

“I was with the president of Finland, and he said: ‘We have a much different [sic]…, we’re a forest nation.’ And they spent a lot of time on raking and cleaning and doing things, and they don’t have any problem.”  November 17, 2018

The President of Finland:

“I mentioned [to] him that Finland is a land covered by forests and we also have a good monitoring system and network.”

The rest of the world: 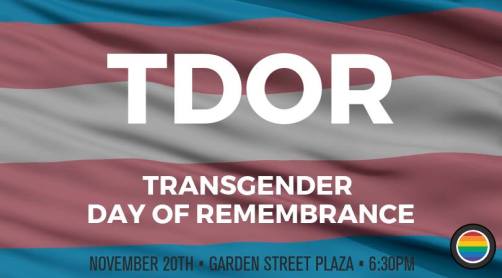 On Tuesday, November 20, the Transgender Day of Remembrance will be recognized in a ceremony held at Visalia’s Garden Street Plaza. Beginning at 6:30 pm, join The Source LGBT+ Center as we honor those lost this year.

In 2017 there were 27 reported cases of homicide where the victim was transgender. Already in 2018 there have been 22 reported murders, with a disproportionate number of victims each year being transgender women of color.

During the week of November 12-19, people and organizations around the country participate in Transgender Awareness Week to help raise the visibility of transgender people and address the issues trans people face.

For information, support, resources, and referral services for transgender youth and adults (as well as the lesbian, gay, and bisexual communities), contact The Source LGBT+ Center at 559-429-4277, or at

The Source LGBT+ Center on the web at https://www.thesourcelgbt.org

Our drop in center is located at 208 W. Main St., Suite B, Visalia
(downstairs at the Montgomery Square)
The center is open 3 pm to 6pm, Tuesday through Friday. 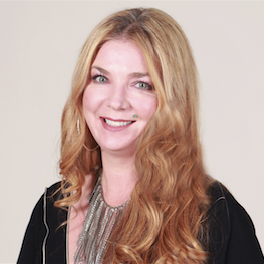 Dana Galante, Transprogram Coordinator at The Source LGBT+ Center, will be this month’s featured speaker at PFLAG Tulare-Kings Counties. November  12-19 is Transgender Awareness week, and Galante will speak on the current status of the transgender community in Tulare and Kings Counties, the programs and activities at The Source LGBT+ Center, and her experiences as the mother of a transgender son.

PFLAG provides a safe and confidential space place to talk about sexual orientation and gender identity, and works to build a society that is healthy and respectful of human diversity.

There is no cost to attend, and membership is optional. Refreshments will be served.

PFLAG Tulare and Kings Counties is a non-profit organization with 501(c)(3) status. 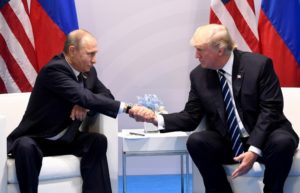 The White House has revoked the “hard pass” of CNN reporter Jim Acosta, for “being rude”.  Perhaps, if Donald Trump is too much of a snowflake to handle a reporter doing his job, “John Barron” should be trotted out to handle the press. Sarah Huckabee Sanders is taking flak for reposting/uploading a doctored video, claiming Acosta “put hands on” a woman staffer. The White House press corps should boycott this administration until Acosta’s credentials are reactivated. Leave nothing but Fox “News” and a couple of websites to cover their nonsense and lies.

You never saw this kind of juvenile behavior during the Obama administration. Or Bush’s, either. 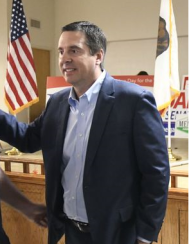 I suppose congratulations are in order. Devin Nunes kept his seat, winning CA22 with 56% of the vote over Andrew Janz’s 44%. That’s the closest margin I can recall in a long time (other than the time he ran unopposed), so Janz at least gave him a run for his money.

Since he won, he’s certainly entitled to celebrate with like-minded folks, but come on…

Nunes has been accused of being an absentee representative, who refuses to talk to his constituents unless they write a large campaign check first. He’s held no town halls in years, and for the past two has been on a rampage against any media outlets who dare ask him questions. The only exception seems to be Fox, who often interview him from what’s labeled as the World Ag Expo, even though that only happens a few days a year. I assume they mean the International Agri-Center in Tulare, but with Fox you can never be sure. Channel 30 was refused comment as they tried to cover his re-election celebration.

So how does Devin handle the win? Celebrating in Hanford. Just in case you’re wondering, Hanford’s not in CA22. It’s not even close.

Even in victory, Nunes is an absentee representative. His supporters don’t seem to care. 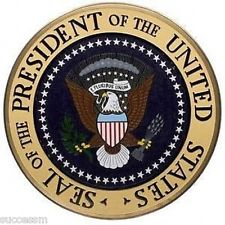 Well, of course, the Russians.

But, what’s even worse, Hillary lost* because too many people who might have voted for her stayed home. They bought into the common wisdom that she had it in the bag, and there was no way Trump could win. They didn’t vote. Putin’s boy snuck through some loopholes, and to his own surprise** won the electoral college.

The E/C won’t be involved this time around, but with all this talk of a #BlueWave flipping the House and maybe even the Senate to the Democrats, we could get lulled into thinking our votes aren’t needed. They are. Every single one of them.

Get to your polling place Tuesday. If you’re in California, your boss has to give you two hours of paid time off to vote, if you need it. If you have an absentee or mail in ballot, be sure it gets to the post office in time.

I wasn’t going to suggest who you should vote for when I started writing this, but I’ve changed my mind. Vote Democratic, down the ticket, top to bottom. Especially for Andrew Janz in CA22. It’s time to retire Nunes, and get to work repairing the damage he, the GOP, and Trump have done to our country.

Don’t you dare sit this one out.

*Even though she got 3 million more votes than Trump.

**He bought the common wisdom, too.

Fourteenth Amendment to the Constitution of the United States:

Although there are four other sections to the 14th amendment, Trump is floating the idea to alter section one with an executive order.

He can’t do that.

The amendment can be changed (a later section of the 14th amendment limiting voting to men only is one that has been, for example, by the 19th amendment), but only by a process clearly delineated in Article 5 of the Constitution. Executive orders do not apply.

Trump has floated the idea of removing birthright citizenship from people born in the United States if their parents are undocumented immigrants. This trial balloon should be clearly shown to be solid lead, and move not a millimeter from the basement of bad ideas.

If we let him alter the highest law in the land with an executive order, we’ve abandoned the republic, and have instituted a monarchy. Trump thinks of himself as king, it’s time we disabused him of that idea. 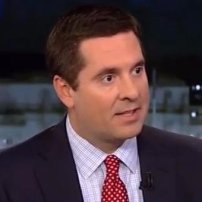 In an email today, Devin Nunes claims “the left” has attacked his wife and his grandmother:

“This year, we’ve seen the true face of the left. They will stop at nothing to obstruct our conservative agenda and even attacked my wife and 98 year-old grandmother.”

To be clear, the “attack” on his wife was a FOIA (freedom of information act) request (by a private group, not Nunes’ opponent) for public information from her employer, a school district. The “attack” on his grandmother was a reporter knocking on her door while canvassing a neighborhood (the reporter says he didn’t know at the time the home was Nunes’ grandmother’s). The Fresno Bee says they haven’t talked to her in fifteen years.

Nunes is vulnerable this election and he knows it. In his panic to keep his job, he is deliberately misleading his constituents. Nunes is following Trump’s lead, making things up as he goes along regardless of what the facts are. When recognized in public, he runs.

It’s time the voters of CA22 retire Nunes, and let him get back to his family ‘farm’ (dairy). In Iowa.

I’m mailing in my ballot today, and you can be sure I’ve voted for Andrew Janz.

P.S. – Still no leads on where the “QUADRUPLE MATCH” funds are coming from.